The increasing need for resources, the expansion of settlements, and Climate Change have put humanity in a difficult relationship with the environment. 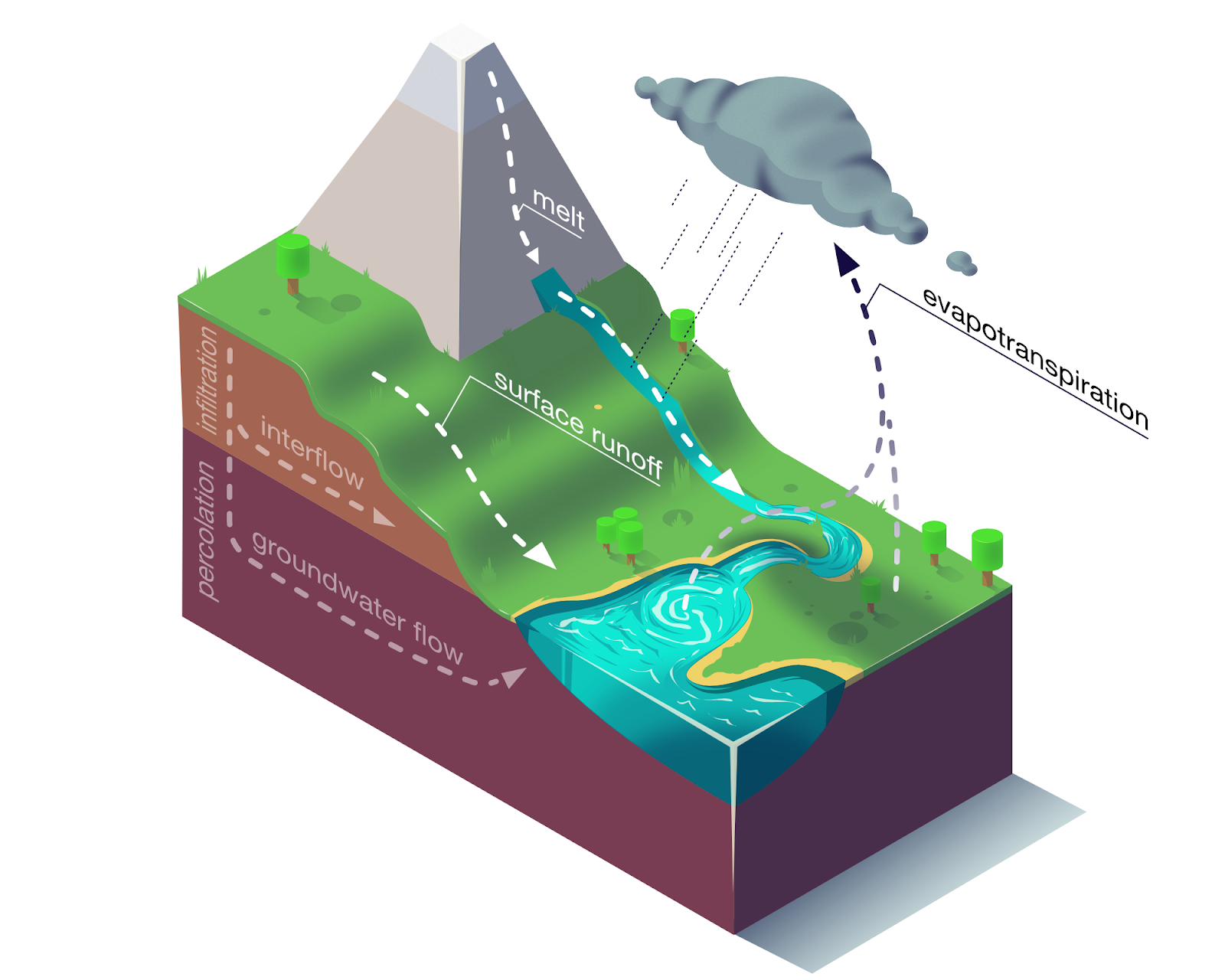 The Earth Science and Climate Change research group at the Institute of Machine Learning focuses on building deep learning models to better describe environmental systems. Our current research revolves mainly around water, the most vital natural resource. Within this field, we introduced a new approach to predict the amount of water in river systems. Unlike traditional simulations with coarse, hand-crafted abstractions, we use Machine Learning to generate fully data-driven predictions. Our approach has proven to outperform traditional hydrological models --- the outcomes of decades of expertise and model development --- by a large margin. Ultimately, these new models will allow us to provide early flood warnings, to predict future droughts, to operate hydropower plants more efficiently, to improve access to drinking water, and more.

Modelling these processes is an innately spatio-temporal problem. Our models thus make use of a wide range of different inputs, ranging from weather data to land-surface characteristics to satellite observations. In the future, we are also looking forward to extending the application and scope of our research to other areas of geosciences.